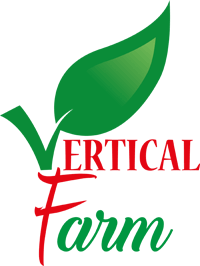 The term hydroponics is derived from two Greek words, “hydros”, meaning water, and “ponos”, meaning work.
Hydroponics is the science of growing plants in water, without the use of soil.
Also known as soilless culture, the same nutrients that a plant normally obtains from soil are delivered straight to the roots as an accurately controlled solution.
Using traditional farming methods, plants often need to expend large amounts of energy to grow roots long enough to reach water and nutrients in the soil. This is because the supplies are not distributed evenly, and it prevents a plant from growing at its optimal rate.
In a hydroponic system, however, the nutrients and water are delivered directly to the roots; plants absorb nutrients as ions in the water, and rely on an accurate control of electrical conductivity and PH levels.
Hydroponic farming allows for complete control of these and other factors, ensuring that every single plant is healthy and grows quickly, resulting in higher yields and more frequent harvests.
As a result, growing plants hydroponically also requires up to 90% less water than traditional methods.
Additionally, hydroponic farms require much less land space, since plants can be stacked vertically, and the controlled environment significantly reduces the occurrence of both pests and diseases.

Agriculture plays a vital role in the development of all civilizations in history.
The Precision indoor agriculture and Vertical farming, show the character of innovation in agriculture and are a very important topic for the foreseeable future, when the resources will always be less and 4 of 5 people will live in an urban environment.
If you look at the data estimated by the UN, in fact, regarding the future growth of the world's population, you can see that the estimate sees that for 2050 the world population will reach 9 billion inhabitants.
Obviously, with today's resources, we are not able to guarantee the availability of food to such a large number of people, and in this context the innovative projects of Vertical Farm and cultivation in confined environment are inserted.
The problem lies in the fact that about 80% of the territories available for agriculture have already been used. The remaining 20% is not enough.
The idea is therefore to reintegrate within the cities that productive part that was once part of the city itself and that has undergone a process of progressive exile.
The challenge is to develop alternative food production methods that do not compromise the few still functioning ecosystems, using all resources in a sustainable way.

These techniques as well as allowing the achievement of higher production and high quality standards, allow a number of advantages such as: cultivating apart from the external environment and its contaminations, better control of the plants and better use of their genetic potential, more efficient use of space, better control of phytosanitary conditions, better control of mineral nutrition, optimization of water consumption, simplification of management, reduction of CO2 emissions into the atmosphere.
It should also be stressed that this type of solution can be immune from polluted environments for chemical, bacteriological and nuclear aspects and therefore can also be used in crisis scenarios and emergency management.